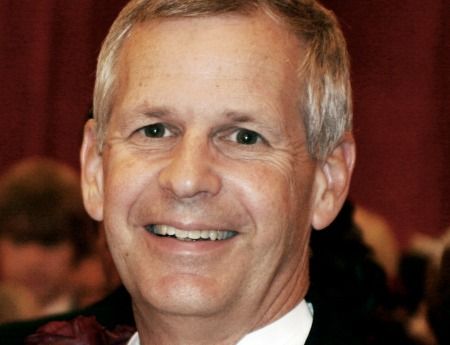 Combining the two fading satellite TV operations isn’t a matter of if but only when, the Dish Chairman explains

First I had to check and see if this was an old thread.

But, of course he's right. They're at the point Sirius and XM were years ago.

Staff member
At this point it would be a stupid move. Dish is buying their good customers $300 at a time.

Staff member
But seriously, the man was forced to buy Boost to save his wireless licenses because he failed to build his 5G network by the deadline.

To buy Boost, is pretty much scraping the bottom of the barrel when it comes to cell phone customers.

Nobody gets Boost by choice. They go to Boost because they don’t qualify for a phone through AT&T, Verizon, Sprint or T-Mobile.

So what’s this bullshit all about?

Charlie needs a buyer for his wireless licenses!

There is no way he is buying Directv. He can’t buy Boost, build this supposed 5G Network and decide he is going to buy Directv.

Buy then again Satellite Tv is DEAD and is going to continue to loose customers. Why would anyone (except maybe Charlie) want to buy either company.

Then consider this. Let’s say the 2 companies merged, and Charlie would be likely in control. What happens with all the sports contracts?

So far this year Dish has been lucky with COVID-19. No professional sports teams playing, the less people realize how shitty their Dish Network service is due to the lack of regional sports.

DishNetworks customer base is made up with mostly older people who, subscribe to the lower tier packages and are considered penny pinchers.

There ain’t gonna be a Dish 5G network, and there is not going to be a Dish/Directv merger.

It’s nothing more than the same bullshit we have been hearing from Charlie’s mouth for the past 20 years to help bolster the stock price since he owns 50% of the stock in Dish.

As the stock price goes up, the more attractive the company looks to a potential buyer either for his failing satellite Tv business or his wireless assets that he never intended to build a 5G network to use them for anyways.

Btw, if Dish ever buys Directv they better renew my contract and not steal my residuals again. I am going to sue this time
C

I dont think you want to poke that bear.
C

Yes, when this happens the Bear is going to Eat Claud, don't think for one minute that they bear isn't aware of what you post here. Like it or not it will happen and not soon enough. DTV is finished.
Y

c. would love to have control of both dtv & dish simply to milk dbs as a cash cow even as it eventually shrivels...no more gaming by dbs subs switching back & forth...now he's finally the undisputed king of satellite after all these yrs....no more having dealers able to leave for the other....heck, probably no more dealers, period...

y2k said:
c. would love to have control of both dtv & dish simply to milk dbs as a cash cow even as it eventually shrivels...no more gaming by dbs subs switching back & forth...now he's finally the undisputed king of satellite after all these yrs....no more having dealers able to leave for the other....heck, probably no more dealers, period...
Click to expand...

exactly. Flip flopping between the 2 providers is the biggest customer acquisition cost and source is churn.